While driving to work in 2019, Henry Sanders, former Career and Technical Educational Coordinator for the Louisiana Department of Public Safety & Corrections, noticed construction work happening in the area.  It was nothing new.  It happened all the time. Then he spotted women operating heavy equipment. And that’s when Sanders had an idea, not just an idea – a big idea. What if women prisoners could train to become heavy equipment operators in a reentry program?

“We’ve always had reentry programs for the women, but not really innovative programs,” explained Sanders, whose responsibilities included creating and managing new reentry programs for men and women. “In Louisiana, we try to keep our female inmate population on parity as much as possible with the males.” He continued, “Traditionally, programs try to get employment opportunities and training for the male population because the female population is only about 6% of all the inmates.”

Sanders knew a women’s heavy equipment operator training program would break that tradition, but he also knew the program could not afford to purchase real machines. “That’s when I thought about simulators,” explained Sanders who started investigating heavy equipment simulators.

Sanders explained the Louisiana Legislature had recently passed the “Louisiana Justice Reinvestment Package” which meant, for the first time in his 38-year career, a line of funding was dedicated to develop and or expand existing reentry programs to reduce recidivism. “It opened up a line of funding so that we could actually develop programs,” said Sanders.

“The three-year recidivism rate in Louisiana is 34.1%. Louisiana has the highest incarceration rates overall in the country of 683 per 100,000.”
– Louisiana Commission on Law Enforcement

Under the leadership of Secretary Jimmy Le Blanc, Sanders’ new big idea came to fruition when the Department purchased Cat® Simulators systems complete with motion systems and convertible, authentic Cat controls. The simulators meant women at two facilities, the Louisiana Correctional Institute for Women (LCIW) and the Elayn Hunt Correctional Center, could learn how to operate a Hydraulic Excavator, Small Wheel Loader, Dozer and Motor Grader. They could also earn National Center for Construction Education & Research (NCCER) knowledge-based certification which would make them more likely to be considered for a job upon their release.

“The simulators are going to play an incredible role in letting the women get literally hundreds of hours of practice. And time is money. We’re going to make sure they spend time on the simulators to get the practice they need before they operate real machines so they can earn the full certification.”
-Henry Sanders

“But we can’t rent a real machine for a month or two. That costs money. That’s where the simulators come in,” explained Sanders. “The simulators are going to play an incredible role in letting the women get literally hundreds of hours of practice.” He continued, “And time is money. We’re going to make sure they spend time on the simulators to get the practice they need before they operate real machines so they can earn the full certification.”

Sanders explained for any of the inmate, men or women, to receive certification or college credit in vocational-technical training fields, the program had to employ NCCER-certified instructors. Historically, the Louisiana Office of Reentry and Education had a partnership with the Louisiana Community & Technical College System (LCTCS) which provided instructors for the training programs.

However, due to funding issues, instructors were no longer available. To keep the training programs running, Sanders’ team started problem solving and looking for a solution. “We had male inmates who were career and technical education (CTE) tutors and always helped the LCTCS instructors. We realized the inmate tutors knew as much as the instructors did,” explained Sanders whose team vetted eight male inmates’ experience and started the certification process for them to become tutors to replace the LCTCS instructors.

The women’s program proved to be more challenging though. “None of the women had operated heavy equipment before, so we couldn’t find a qualified tutor. Then along came COVID,” sighed Sanders. “Now three years later, we’re just getting our women certified to be tutors, then we’re going to be off and running.  But without the simulators, it couldn’t have happened.”

Sanders estimates that approximately 10 to 12 women will participate in the heavy equipment operator program. “They’ll do it.  They’ll make it,” said Sanders confidently.

“Those women inmates must score a National Reporting Score (NRS) of a 4 or greater in reading on the Test of Adult Basic Education (TABE) and be disciplinary infraction-free for a minimum of 90 days before they can apply for the reentry programs, explained Kelsey Osman, current Career and Technical Education Coordinator of Reentry and Education. “We prioritize them if they have a high school equivalency or high school diploma when we consider our enrollment. But then oftentimes, you don’t get a full class, just going that route.”

She continued, “The second option is dual enrollment where we enroll them in high school equivalency courses simultaneously with their training program. And the third option is if they have a short release date (approximately two years) and need training to go out and get a job. We’ll look at enrolling them directly into training programs. We have 135 credentials that they can earn.”

“The men and women appreciate the programs and what we are doing for them. They don’t take it for granted. They volunteer to be in the programs because ultimately it’s going to affect their lives.”
-Kelsey Osman

More Than a Training Program

“The men and women appreciate the programs and what we are doing for them,” said Osman. “They don’t take it for granted. They volunteer to be in the programs because ultimately, it’s going to affect their lives.”

Osman explained that offering non-traditional fields for the women will prove to be more lucrative for businesses who hire the inmates as heavy equipment operators when they are released. “The businesses can show they are diverse, and they’ll provide opportunities for males and females in a dominant male area,” said Osman. “This opportunity that Doc (Sanders) has provided the women in the heavy equipment operator program will give them a leg up when they get out. They know that. And they see that. It’s pretty amazing to see the women operate heavy machines and how well they do it.” 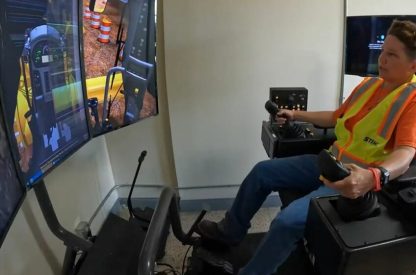 “The impact that we make on these incarcerated people is unbelievable. You get to see it in live time. You get to see it happening right in front of you,” commented Osman. “They pass their exams. They earn the certifications. You see them get paroled with the opportunity to get jobs.”

Sanders added, “The main measure is they get NCCER certified. That means they’ve met a standard that’s accepted in the construction industry. So, if they get certified as a level one heavy equipment operator, they know how to do work. And we did a good thing. That’s a win for us.”

The Workforce Portal – the “Indeed” for Corrections

Connecting with potential employers is key for anyone seeking a job. The reentry program participants have the opportunity to do just that through a portal called the Workforce Portal. “It’s still very much in the early stages, but the Workforce Portal is the ‘Indeed’ for corrections,” explained Osman. “The inmates are approved to be a part of the portal then they put in their profile, just like on any other job search website.”

“The potential employers enter the specific criteria for what they need and seek out inmates who meet those fields.” Osman concluded, “Our ultimate objective is for the trained inmates to have an interview before they’re released. Then once they’re released, they go directly into a job.” 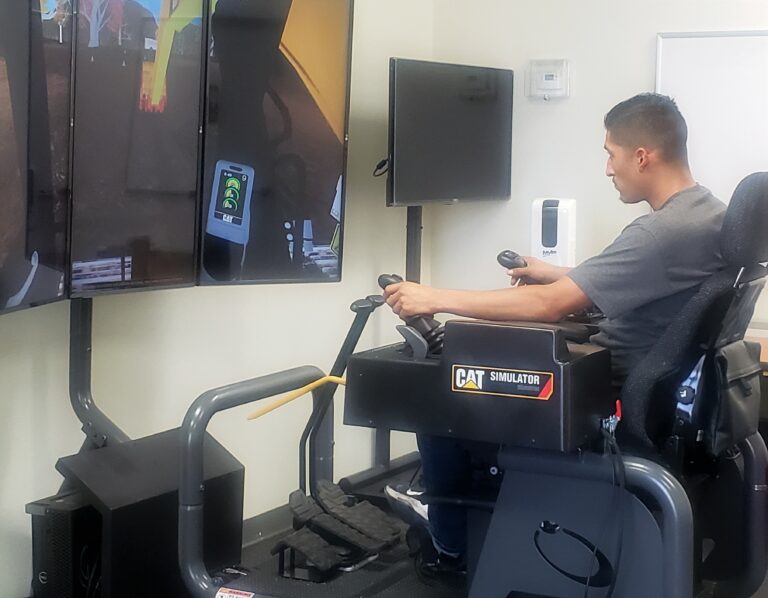 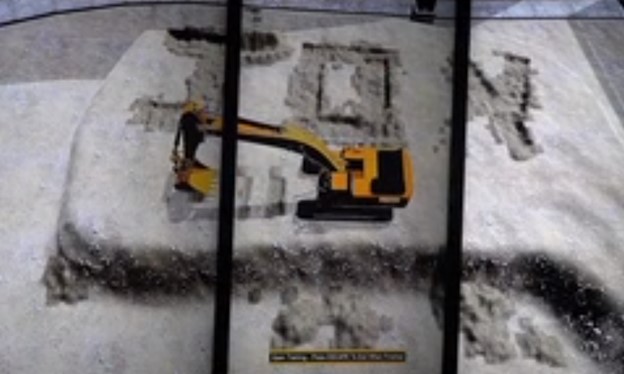 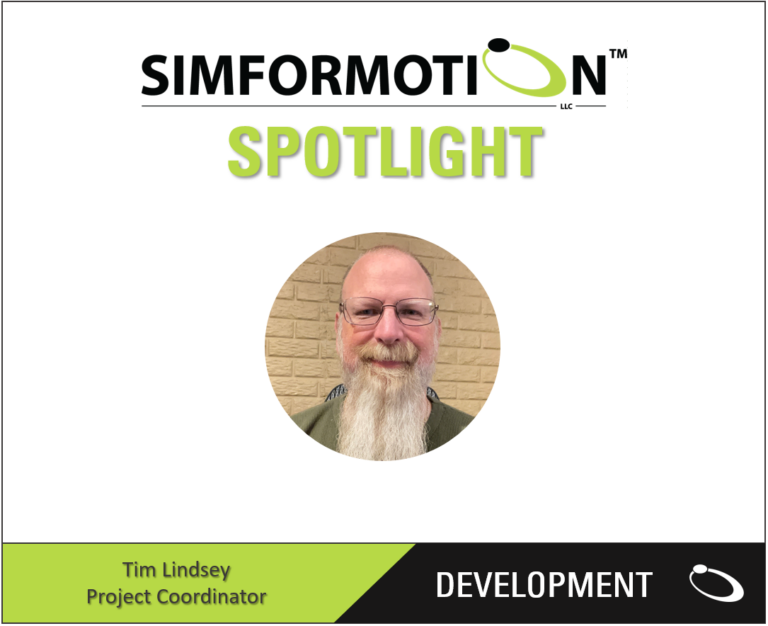